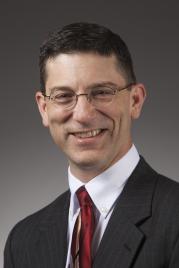 Paul is the Chief Operating Officer of Mt. Ascutney Hospital and Health Center in Windsor, VT, a position he has held since April 2012. Prior to joining Mt. Ascutney, Paul’s previous roles included Senior Practice Manager and Project Director at Dartmouth Hitchcock Medical Center in Lebanon, NH; Finance Director and Department Administrator positions at Brigham and Women’s Hospital in Boston, and a number of other finance and administrative roles in non-profit and for profit sectors.

Paul has a Juris Doctor from Suffolk University Law School as well as a Master of Science in Computer Information Systems and Bachelor of Science in Accountancy, both from Bentley College. Paul is admitted to the Massachusetts Bar. He is a Fellow in the American College of Healthcare Executives.

Paul, his wife, Andrea, and their three children live in Lebanon, NH.